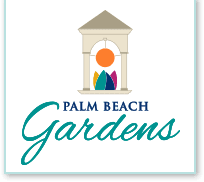 The council is responsible for:

Is the forum for enacting and amending laws, setting policy, and making decisions that govern the city. City Council meetings are held on the first Thursday of each month at 6:00 p.m. in the Council Chambers of City Hall with the exception of July and September. These dates will be published when determined by City Council. All Council meetings are noticed and open to the public, except executive sessions and attorney-client sessions. No final legislative action can be taken without an open official meeting. Following are the various types of City Council meetings:

Outlines the subjects and the order of business Council follows during the meetings. Meetings are conducted in accordance with Roberts Rules of Order. The agenda is prepared and distributed the week prior to each regularly scheduled meeting. Information provided by city staff pertinent to agenda items is included with the agenda for Council review. Copies of the agenda are available in the Office of the city Clerk and on the city's website.

A citizen may address the Council during Public Hearings or under Comments from the Public for items not on the agenda. All those wishing to address the City Council need to complete the necessary form (located by the entrance of the Council Chambers) and submit it to the city Clerk prior to the meeting being called to order. The Mayor will recognize those persons who filled out the form. Members of the public are allowed 3 minutes each for comment.

Are an accurate, sufficiently clear record of all proceedings that transpire during a City Council meeting that must be kept to demonstrate that the City Council has complied with the law or rules by which it is governed.

Business presented to the City Council is executed by one of the following actions:

Ordinance means an official legislative action of the City Council, which action is a regulation of a special and permanent nature and enforceable as a local law. The City Code is a compilation of all permanent ordinances of the city.

Ordinances are numbered sequentially each year by the city Clerk's Office after each regular or special Council meeting (Example: Ordinance 1, 2008).

The City Clerk's Office publishes Ordinances by title 14 days prior to second reading unless the subject of the Ordinance falls under statutory requirements other than Section 166.041(3)(a), Florida Statutes.

Resolutions require 1 vote of the Council and generally are not published. Resolutions are numbered sequentially for each year by the city Clerk's Office after each regular or special Council meeting (Example: Resolution 1, 2008). Resolutions are used to declare general policy, give formalized direction to staff, or approve administrative actions.

A motion is a formal proposal made in a meeting. It is used to solicit approval or denial of an action by the City Council. A motion, second to the motion, and a majority vote authorizes the disposition of an item on a meeting agenda.

/QuickLinks.aspx
Stay InformedSign up to receive email notifications
Records SearchSearch our electronic database or make a request
Join Our TeamView career opportunities
Citizen RequestDo you have a concern? Let us know.
Government Websites by CivicPlus®