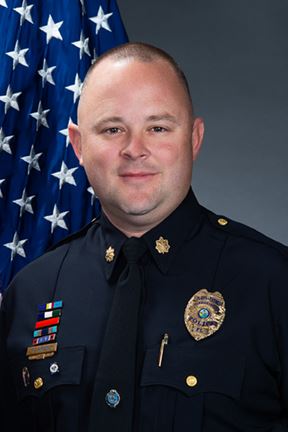 Major Rogers started his law enforcement career in 1996 as an Explorer with the Palm Beach Gardens Police Explorer Post. He became a sworn officer in 2001 and has worked as a Patrol Officer, Field Training Officer, and a Detective specializing in death and property crime investigations. In 2007 he was promoted to the rank of Sergeant where he supervised a patrol shift. Additionally, Sergeant Rogers directly supervised the Community Involvement Unit and Honor Guard Unit. In 2015 he was promoted to the rank of Major and was assigned to the Administrative Operations Bureau.

Major Rogers has achieved a Bachelor of Science degree in Emergency Management and a Master of Public Administration degree from Barry University. He is also a graduate of Session 270 from the prestigious Federal Bureau of Investigation's National Academy and has completed the FBI's Florida Executive Development Seminar. He has received certifications for Crime Prevention Practitioner and specialized training for Crime Prevention Through Environmental Design. Major Rogers is also a member of the International Chiefs of Police and the FBI National Academy Associates.