Major Robert Wilson began his law enforcement career in 1989 as a Security Policeman in the United States Air Force. He spent 3.5 years assigned to a Strategic Air Command base and deployed to Saudi Arabia during Operation Desert Storm.

In 2001, Major Wilson joined the Palm Beach Gardens Police Department as a Reserve Officer where he served until 2003 when he accepted a full-time position. From 2003 to 2014, Major Wilson was assigned to various assignments as a road patrol officer, field training officer, and TAC agent. From 2014 to 2018, Major Wilson served as a road patrol Sergeant and Captain and supervised patrol operations, the canine unit, and the Field Training program. From 2009 to present Major Wilson has been an Adjunct Instructor at the Palm Beach State Criminal Justice Institute and has served as a liaison between the college and the agency. 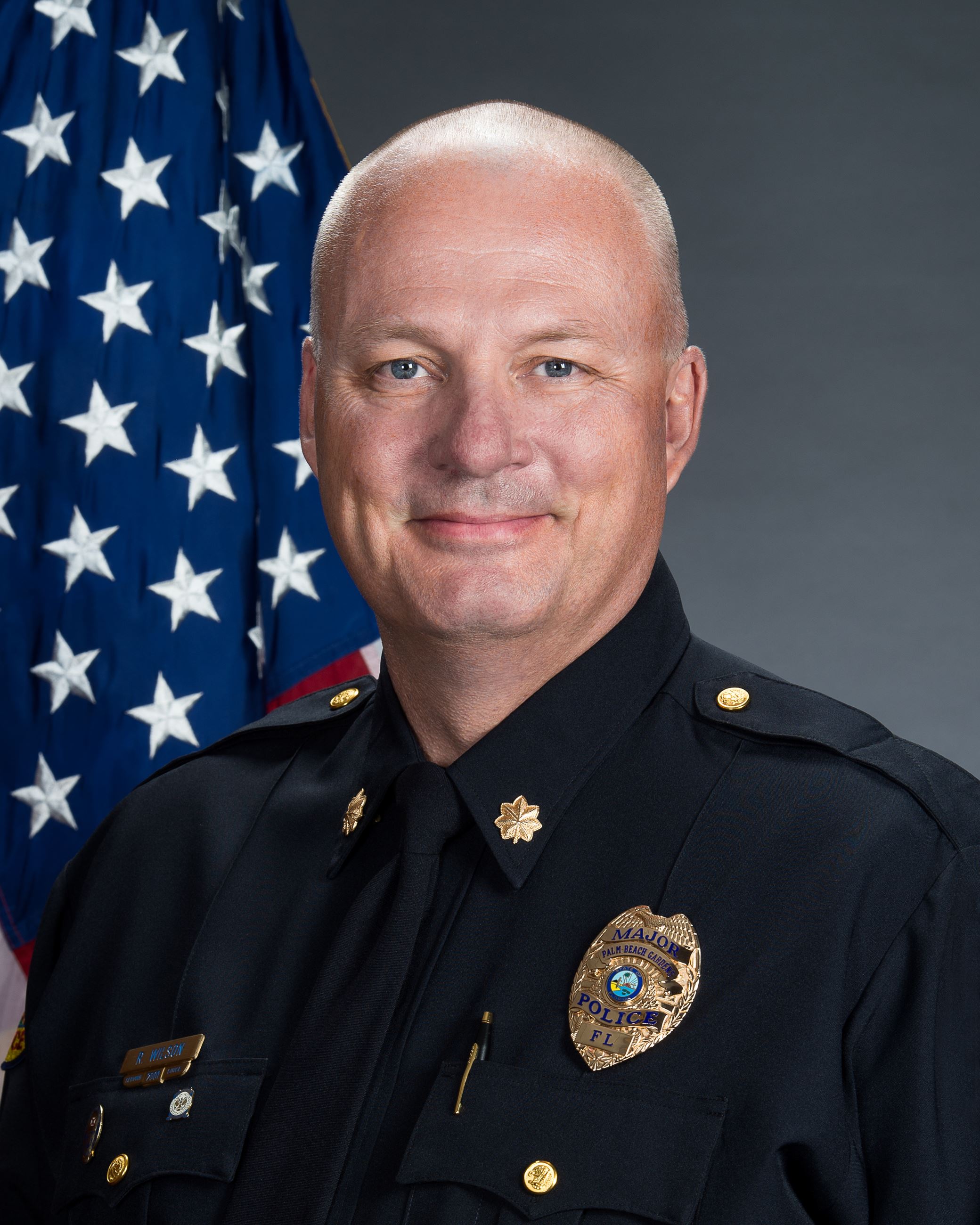